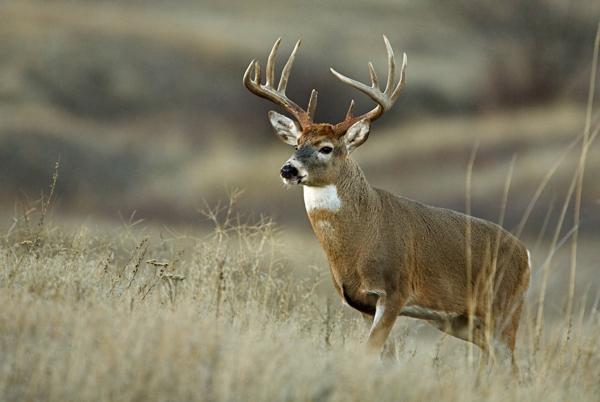 Scouting is the most essential factor in deer hunting success. It doesn’t matter what time of the season it is. Early-season, pre-rut, rut and late-season hunting all require scouting to be successful.

Scouting efforts, trail-cam photos, and in-the-field sightings from previous seasons reveal extremely valuable information relative to this season. Some of the deer from last season lived to see this year and they’ll likely follow the same patterns as long as human or environmental factors don’t change their behavior. Not only that but new deer will sometimes follow the habits of resident deer. Fawns also typically take on the habits of their mothers. All of that results in historical trends in the way deer move throughout and use a given landscape.

Maps are great tools for scouting and are the only method of scouting guaranteed not to pressure deer. You can do it from your phone or computer from any location you want. Using aerial, topography and other maps will allow you to get a good feel for a property before ever stepping foot on it. This is a great starting point for effective scouting plans. When looking at them, try to analyze potential bedding areas, food sources, travel routes and stand sites.

I generally scout from afar after I’ve thoroughly studied each of my maps. Pick a vantage point and hang an observation stand or find a location you can brush in good. Make sure you remain downwind of deer. Set up a few hours before dark with a good set of optics and start glassing for deer. Make note of where they come from and what bedding areas they might be using.

A lot of people think you have to hunt agricultural areas to scout from afar. Not so. Scouting from afar is effective even in heavily wooded areas. Say deer are using an apple orchard — or any other food source — to feed in and it’s surrounded by timber. You can still set up between where deer are bedding and feeding far enough away that risk of detection is minimal. Glass through openings in the timber for deer. It’s harder to scout this way than in the open. But it’s still doable.

I love trail cameras. I have an undeniable addiction to them. But I’ll also readily admit they can do way more harm than good if used improperly. You have to make sure deer don’t detect your cameras. One way I help prevent deer from doing so is by hanging them up high. Put cameras up about 6 feet off the ground and angle them downward. This gets them out of their line of sight. After that, be responsible when checking cameras and only do so when the wind and other conditions are in your favor.

Wear Waders in the Field

This might sound extreme, but it’s worth the sweat it takes to do it. Each time we go afield, we leave behind scent. Even if we wear rubber gloves and rubber boots, we leave evidence that we’ve been there. The only way to reduce as much scent as possible is to wear rubber waders. I’m not saying that I do every time I go to the field. Because I’d be lying if I did. But I’d be a whole lot better off if I wore waders during every trip to the field. And that’s one thing on my list of things to improve on this year.

If you’re strictly meat hunting, ignore this tip. But if you’re in the business of killing big deer in addition to filling the freezer, listen up. Ignore the obvious sign when scouting. The biggest, oldest, most mature deer won’t use the major trails you turn up while scouting. Oftentimes, bucks use much smaller trails deeper in the cover that parallel major trails.

This is an unorthodox practice, and I admittedly rarely use it. But there are special circumstances where it’s warranted. If there is a special circumstance where I plan to get really close to a bedding area (generally late in the pre-rut or during the rut), and I need to hang a stand there, I’ll do that at night while deer are away from those daytime bedding areas. Doing so during daylight would alert the deer using that bedding area, significantly reducing chances of success.