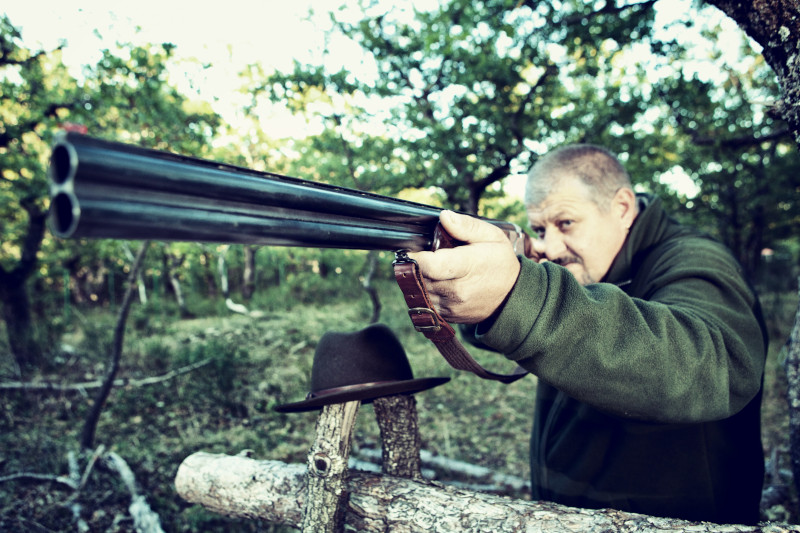 The AR-15 has become hugely popular in recent years, and for a good reason – it’s an incredibly versatile rifle that can be used for various purposes, including deer hunting. It’s light and easy to carry, making it perfect for stalking deer in dense forests, and its accuracy and firepower make it ideal for taking down larger prey.

The AR-15 is a semi-automatic rifle, meaning that it will automatically eject the cartridge of a spent bullet and load another one from the magazine for you to fire. It makes it quick to use when on a hunt, as there is no need to manually eject each spent casing and reload after every shot. However, semi-automatic rifles are larger and more complex than bolt action rifles, which can make them harder to operate on your own. It’s worth noting too that while the AR-15 has become increasingly popular with hunters recently, some states have made it illegal or restricted its use due to its association with mass shooting incidents in recent years – check local laws before purchasing one of these rifles.

Bolt action rifles are very popular among hunters because they’re powerful, accurate, and generally quite versatile. They also tend to be lightweight and easy to carry through the woods, which is a big advantage for hunters who need to spend long periods stalking their prey in challenging terrain.

Compared with an AR-15, a bolt action rifle takes longer to load after each shot – a few seconds at least for a single shot rifle. It means it could take you longer to get off your second shot than if you had an AR-15, although there are ways around this problem (more on this below). However, bolt action rifles are sometimes preferred by hunters due to their reliability compared with semi-guns and their relatively low price tag.

Shotguns are another popular choice for deer hunting, and for a good reason – they’re incredibly versatile weapons that can be used to take down deer primarily at short. They’re also mighty, meaning that a single shot from a shotgun can be enough to take down even the largest deer.

However, shotguns also have some significant drawbacks in hunting deer. They’re not particularly accurate at long range, for starters, so you’ll need to be reasonably close to your target before taking a shot. They’re also not as light as other types of rifles, which can make them more challenging to carry through the woods. Finally, shotguns are not as commonly used as bolt action or AR-15 rifles, so you may have fewer opportunities to practice with one before your big hunt.

Surprise number one: The .22 rifle is a small and lightweight weapon perfect for hunting deer in tight spaces. It’s also incredibly accurate, meaning that you can take down a deer with a single shot from short range. However, the .22 rifle is not particularly powerful, meaning that you’ll need to be careful not to shoot the deer in the wrong spot if you want to kill it humanely. Moreover, if you want to hunt better, then hidden surveillance cameras can be very beneficial while hunting, as they let you know about everything happening around you.

Surprise number two: While handguns are not generally considered ideal for hunting deer, they can be helpful in certain circumstances. For example, if you’re hunting in a small area where there are no good places to set up a rifle shot, a handgun can be a good alternative. But range is an accuracy are important considerations. They’re also relatively lightweight and easy to carry around, making them perfect for those who don’t want to carry a lot of gear with them on their hunt.

As you can see, several different firearms can be used for deer hunting. The best choice for you will depend on your individual needs and preferences, so it’s essential to do some research before making your purchase. Happy hunting!