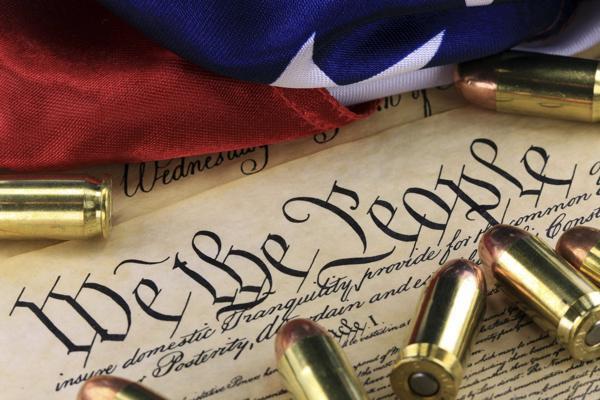 In the recent Presidential election, voters were asked to choose between two candidates with widely disparate views on the Second Amendment. On one side stood Hillary Clinton, who attacked the Supreme Court for simply affirming Americans’ right to possess firearms for self-defense, while on the other stood Donald Trump, who made clear that our government should empower law-abiding citizens to protect themselves and their families.

While there were undoubtedly other issues that led Americans to vote for one candidate or the other, there is no question that this election was a victory for gun owners and an affirmation of our God-given right to self-defense.

Part of this of course is that unlike politicians in Washington, a strong majority of Americans have long believed in gun rights and more importantly, the right to self-defense. Roughly one out of every four Americans own or have a gun in their home and over 14 million Americans now have a concealed carry permit – a 215% increase since President Obama took office.

In the days ahead, gun owners hope and expect that President-elect Trump will follow through on his campaign promises and vigorously defend the Second Amendment. This includes nominating judges that will abide by the rule of law and the Constitution of the United States. Instead of passing new laws and government regulations that only erode the freedoms of law-abiding citizens, our government should enforce the laws already on the books and prosecute violent criminals. Lastly, we would encourage the President-elect to promote long overdue reforms such as national concealed carry reciprocity in all 50 states.

Gun owners should also not rest on our laurels from this year’s election though and should recognize that the anti-gun lobby will continue to spending millions of dollars to roll-back our freedoms. There are at least five things Second Amendment supporters can be doing today, tomorrow and beyond:

1. Act Responsibly & Lead: With over 200,000 members spread out across all 50 states, USCCA is the first & largest member-owned association dedicated to educating, training, and insuring responsibly armed Americans. But whether you’re a member of USCCA or not, it’s important to acknowledge the right to self defense also comes with responsibilities. All gun owners should continue to seek out and obtain quality training from knowledgeable instructors, exercise proper judgment at all times and lead by example. Let’s not give anti-gun advocates any excuses to further undermine our freedoms.

2. Engage & Educate: The facts of the gun debate are on our side and there are few Americans that understand crime better than law-abiding gun owners, and particularly concealed-carry permit holders, because they make a point to be aware of it, which is really the first step to self-defense. In fact, a recent report by the Crime Prevention Research Center found, not surprisingly, that concealed-carry permit holders are among the most law-abiding demographic of Americans today. You are our best messengers to talk to friends and neighbors who may have less familiarity with firearms or have been on the receiving end of misinformation from anti-gun groups or the national media.

3. Support Our Second Amendment Allies: Make sure that in the months ahead, our Second Amendment supporters in Washington and in state capitols across the country are hearing your voices and that they know you have their back. Anti-gun advocates like former New York City Mayor Michael Bloomberg are pouring millions of dollars into states to attack them and we need to counter that with vocal support and energy for those defending our freedoms.

4. Hold Anti-Gun Advocates Accountable: Anti-gun advocates would have Americans believe that only if there were universal background checks, “gun-free zones,” and gun show “loopholes” closed then we would see an end to gun violence. In fact, it’s been shown time and time again that background checks do nothing to reduce crime, while so called “gun free zones” are essentially advertisements to evil-doers that citizens there will not have the ability to fight back. Three recent massacres occurred in states – California, Colorado and Oregon — which already have strict background laws in place and Chicago, which has some of the toughest gun control laws in the country, continues to be plagued by gun violence. Let’s also not forget that a massacre was prevented at Minnesota’s Crossroads Center shopping mall in September because an off-duty police chief, who is also a USCCA firearms instructor, ignored the “gun-free zone” signs and killed a Somali terrorist who had stabbed multiple innocent people. When anti-gun politicians spread misinformation, let’s all work to get the facts out there as quickly and publicly as possible.

5. Stay Active, Stand Strong and Win: The Second Amendment is what protects the First Amendment and if we want to have any chance of maintaining our natural-born right to self-defense and self-protection, all of us must stay engaged and work hard to oppose political efforts aimed at eroding our freedoms.

Gun owners achieved some significant victories this year but the fight continues and we must always stay vigilant in the effort to protect our God-given freedoms.