Why Do You Need A Gun In A Wal-Mart Parking Lot? 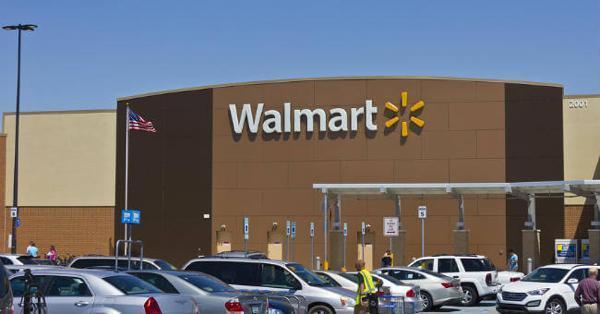 A recent episode of armed self-defense in Minnesota is a perfect example of how gun-ban advocates’ lies about “good guys with guns” are just that—lies.

Anti-gunners and their enablers in the so-called “mainstream” media like to do things like compare the number of murders to the number of criminals killed in self-defense shootings to make their incorrect point that armed citizens never stop criminals. In fact, Shannon Watts, head of Michael Bloomberg’s Demanding Moms, once said in a CNN interview regarding the concept of a good guy with a gun stopping a bad guy with a gun: “This has never happened. Data shows it doesn’t happen.”

That couldn’t be farther from the truth. Consider the Minnesota example mentioned earlier.

A St. Cloud man and his wife were walking through a Wal-Mart parking lot last Wednesday night when a man walked up behind them with a baseball bat. He yelled at the couple, then asked them if they had “ever been hit in the head with a bat.”

The couple ignored him and continued toward their vehicle, but then heard the suspect take a deep breath. Turning and seeing the assailant with his bat raised to strike, the man pulled his concealed handgun, prompting the wannabe attacker to drop the bat and run away. Police later arrested 30-year-old Phillip Keys on suspicion of second-degree assault.

If the husband hadn’t been carrying his self-defense firearm that night, would the couple even be alive today to tell the tale? We’ll never know. They could be dead and already buried. Or possibly in the hospital in a coma—brain damaged beyond any possible medical cure.

The most interesting thing about this event is that it is only one of thousands each year that gun-banners pretend never happen. No shots were fired. No bad guy was taken to the hospital in an ambulance. No criminal was pronounced dead in the parking lot. Yet the fact remains that two innocent Americans are alive now that might not have been had they not been prepared.

You see, a simple comparison of the number of murder victims to the number of dead criminals shot by armed citizens doesn’t tell even a small fraction of the story. In the vast majority of instances of defensive gun use, shots aren’t even fired, much less anyone killed. Instead, a bad guy with a nefarious motive approaches an armed good guy and attempts to make him a victim. The armed good guy pulls his gun, or even just reveals it, and the cowardly crook moves on to find a victim who is less prepared.

This is, by the way, the third or fourth armed citizen encounter in a Wal-Mart parking lot that we’ve seen reported on in the past few months. How many dozen others occurred with no shots fired, no police report filed and no acknowledgment by Watts and her cronies is anybody’s guess.

In truth, there are many good reasons to carry a firearm to protect yourself and your family if you choose to do so. Avoiding having your head bashed in by a baseball bat in a Wal-Mart parking lot is certainly a pretty good one, in my opinion.