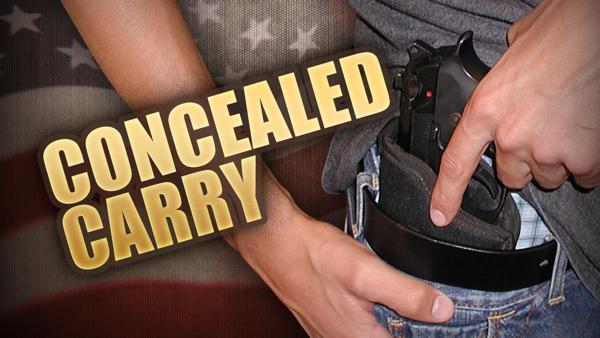 If you’re at all familiar with gun rights issues, than John Lott needs no introduction. Lott, who recently wrote “The War on Guns: Arming Yourself Against Gun Control Lies,” argues that the more costly you make something, the less of it people will buy. The same, he says, goes for gun violence.

“If you make it more costly for criminals to go and commit crimes, you reduce the amount of crime,” he says. Crimes, he adds, can be made more costly with higher arrest rates, longer prison sentences, and making it easier for people to defend themselves.

That’s the theory, anyway. But Lott actually found the data to back it up. His original study looked at all counties in the US over 25 years. What he found was that states that allow people to conceal carry handguns have fewer violent crimes.

He says there’s been about four dozen peer-review studies since then and about 70 percent found that crime rates do fall if people carry guns for protection. The other approximately 30 percent, he says, say there’s no effect.

Part of the problem, Lott says, is that conceal carry permits are too expensive. A $500 permit might be possible for some, but not those who he says really need the protection.

“And they’re the ones who need the protection,” Lott says. “I’m glad wealthy white people in the suburbs can afford $500 to get a permit, but they’re not the ones in danger and in need of protection.”

There have been several cases where a person legally carrying a concealed gun has saved people. Take the case of the Uber driver in Chicago as an example. A man had opened fire at a group of people near the driver. The Uber driver returned fire, wounding him. The state’s attorney said many people were saved because of his actions.

Lott says Washington state is actually a model for other states to consider. A pistol license only costs $36.