How Many Millions of Gun Laws Does the US Have? 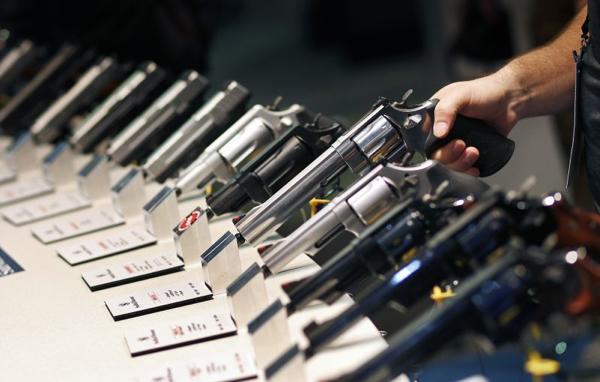 The Second Amendment was part of the original Bill of Rights. It reads: “A well regulated Militia, being necessary to the security of a free State, the right of the people to keep and bear Arms, shall not be infringed.” From time immemorial, the intent of the Second Amendment has always been debated. Was this right granted to the “militia” or to the individual U.S. citizen...or someone else?

Some seem to think that question was finally answered, when the U.S. Supreme Court ruled in District of Columbia, et. al. v. Heller. The late SCOTUS Justice Antonin Scalia delivered the Majority Opinion and wrote: “It held that the Second Amendment protects an individual right to possess firearms...” However, while many in this country was celebrating this statement by Scalia, they chose to ignore, “Of course the right was not unlimited...” In reading Scalia’s opinion, he bases his claim that the Second Amendment can and should have limitations on a presumption that the Founding Fathers, when ratifying the Bill of Rights, knew that in subsequent generations, obviously unforeseen in 1791 upon ratification, certain “things” would call for changes or limitations to the exercise of the right to keep and bear arms. A question to Justice Scalia could have been, if the Founding Fathers were smart enough, with enough foresight to imagine the need for “reasonable limitations” of all the rights, then why didn’t the Founding Fathers write that in the Bill of Rights?

Even though there is little in the Second Amendment text that would cause people to conclude that it has room for “limitations” into the future, how does one responsibly argue against, “shall not be infringed” and Scalia’s claim that the Fathers knew?

If one is to fairly examine rights, as they were written in the Bill of Rights, it is important to take note of the efforts, since 1791, to limit the exercise of each of the original 10 Amendments to the U.S. Constitution.

If we look at a timeline of the history of freedom of speech, in which certain laws were enacted or attempted to be enacted and failed, we see that about the only limitations in free speech we still experience today deal with obscenity. Obviously that is pretty much overlooked as such “indecent” material is readily available at just about anywhere in the United States. Even consider that at one time the U.S. banned the desecration of the American Flag, only later to have that prohibition overturned. Even though many of us Americans stand up to protect our Bill of Rights, too many of us are guilty of cherry-picking when and where to apply such rights. Perhaps the current debate in progress over whether a professional football player should be punished because he refused to stand during a pregame National Anthem, in protest...peaceably.

In total, there are perhaps a small handful of laws that limit freedom of speech, even though Justice Scalia believed that future generations would find the need for “reasonable limitations” on all rights guaranteed under the Bill of Rights.

On June 18, 1981, President Ronald Reagan, after having supposedly been shot by John Hinckley, Jr. said, “There are, today, more than 20,000 gun-control laws in effect–federal, state and local–in the United States.”

The Media and all political factions, political action organizations, groups, non-profits, etc. are guilty of taking anything they find in writing and becoming an echo chamber to perpetuate it as fact. It is readily assumed that the choice to state 20,000 gun control laws existed, wasn’t and probably still isn’t the truth. But what is? Is it more than 20,000 or less than 20,000?

Wayne LaPierre, head of the NRA, while testifying before Congress in January of 2013, told Congress, “The fact is, we could dramatically cut crime in this country with guns and save lives all over this country if we would start enforcing the 9,000 federal laws we have on the books.” So, was Reagan referring to all gun laws, i.e. federal, state and local? Did LaPierre have knowledge of how many federal laws limit the Second Amendment? Later, a spokesperson for the NRA said LaPierre misspoke, but would never give a source or correct the number.

What are we to think? The Bangor Daily News reports that, “the ATF guide to state laws... is 507 pages long and includes only laws relevant to dealers.” Maybe there are millions of laws limiting a person from freely exercising their guaranteed Second Amendment Right.

We can safely conclude no less that 2 things – There are a lot of gun laws and very few of them are or can be enforced.

If we return to the First Amendment limitations for just a moment, and examine the limitations, even those that were either overturned or expired, can we make a reasonable conclusion as to the reason for the limitations? We think so. Isn’t it about public safety or protecting the public interest, even though some, if not all, laws are political in nature?

What about the Second Amendment? Can there be any other reason to want to limit the Second Amendment than for public safety? Forget the politics for a moment. Everything in life is full of political insanity. The Second Amendment is under attack most vehemently today because of political insanity. Some of that insanity is hidden behind calls for necessary and reasonable limitations on gun ownership because of public safety. After all, it is with every occurrence of a shooting that some in the public, as they are programmed to do, call for more limitations, more laws, more restrictions, all to protect the public. But to protect them from what? It seems the political posturing is of more harm to the public than an armed, unrestricted citizenry would be.

If reasonable people, of which there are few, could conclude that the majority, if not every single gun control law, was proposed and/or enacted, based upon public safety, then the question that remains is quite simple. How has the 100, 1,000, 10,000, 20,000, 100,000 or 1 million Second Amendment limitation laws worked out in protecting the public and ensuring public safety? Take a guess.

It’s next to impossible to attempt to provide a rational list of data that shows gun crime as it relates to increased gun restrictions, mostly because the criteria changes or is changed to rig the data. A reasonable person, only needing to look around, should be able to see that with millions of gun laws on the books, those laws can’t be doing much for public safety. Maybe it’s time to try something else.