Guns on campus: Everything you need to know about campus carry 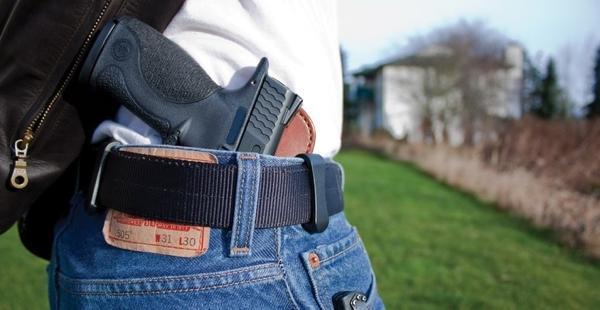 Earlier in 2016, Georgia Gov. Nathan Deal angered fellow Republicans when he vetoed a bill that would have made it legal for students to carry concealed handguns on college campuses.

Although he’s been endorsed by the NRA with an “A” rating, Deal said in his official veto statement that “colleges have been treated as sanctuaries of learning where firearms have not been allowed” and he saw no justification to change that.

In vetoing the legislation, Deal made Georgia the latest in a string of states — including gun-friendly ones — to reject measures allowing guns on college campuses. Last year, 15 states took up the issue, including Florida, Montana and Wyoming.

Texas was the only state to pass legislation, joining Colorado, Utah, Idaho and five other states in allowing guns on campus. The law will be implemented Monday on the 50th anniversary of Charles Whitman’s rampage at the University of Texas.

While the loudest debates over firearms in recent years have been about banning semiautomatic rifles, the campus carry movement has played out in the background, at times even more contentious.

“It’s seen as this Ivory Tower place treated separately. To some people, that’s exactly what they want,” said Matt Nobles, a University of Central Florida criminal justice professor who has co-authored several papers on campus carry. “A free cultural exchange to those people involves no guns.”

Many gun rights supporters see those facts somewhat differently, Nobles said: “To them, that means people will be vulnerable and need to defend themselves.”

And to the gun industry, that’s intolerable.

“The common error made by anti-gun groups,” according to Guns & Ammo magazine, in a list of eight reasons to support campus carry, “is the failure to logically delineate the differences in the motivations of individuals who would use lethal force to be predators and those who are willing to use lethal force to stop the predation.”

Here is a closer look at various elements of the debate:

The “good guys with guns argument”: Campus carry advocates argue that the best way to stop mass shootings at schools and elsewhere is for armed law-abiding citizens to open fire on attackers. But how often are so-called “good guys with guns” successful? An FBI study of active-shooter incidents from 2000 to 2013 found that in 160 incidents, just one ended with an armed citizen exchanging gunfire with an attacker. Twenty-one incidents were stopped by unarmed citizens.

Crime on campus: Pro-campus carry groups also argue that students need guns for self-defense against other crimes. “Neither police (unless they happen to be within screaming range) nor cameras nor text alerts can protect you from an armed thug bent on taking your possessions or your dignity by force,” Students for Campus Carry says on its website. But how much crime is there on campuses? The latest federal study of the issue, released in May, showed that overall crime at universities was down 8 percent in 2013 compared with the previous year. The majority of crimes are burglaries. But certain crimes have been increasing in recent years: forcible sex assaults and murders, which would include mass shootings. Murders totaled 23 in 2013, compared with 12 the year before. (There are more than 20 million college students in the United States.)

The fear and the reality: Those who oppose campus carry say they fear armed students will pull their guns out during class or in meetings with professors and open fire. A group of UT professors has filed a lawsuit against the university saying they will be forced to censor themselves on controversial topics like politics and religion. Suicide is another concern. But in a report issued last year, UT officials said they had contacted universities where campus carry is already legal, finding “little evidence of campus violence that can be directly linked to campus carry, and none that involves an intentional shooting.” Was there a link between campus carry and increased sexual assaults? No. Was there a link to increased suicide rates? Also, no.

The issue of accidents: The UT report identified four incidents of accidental discharge: “Two involved a license holder who was openly displaying a handgun to another person; the other two involved license holders who were carrying their handguns unholstered in their pants pocket.” In one case, a bullet grazed another student’s chest. But most of the victims were the gun owners. One shot himself in the foot, the report said, and in Utah, “a student at Weber State University accidentally shot himself in the leg while walking across campus with an unholstered handgun in his pocket.”