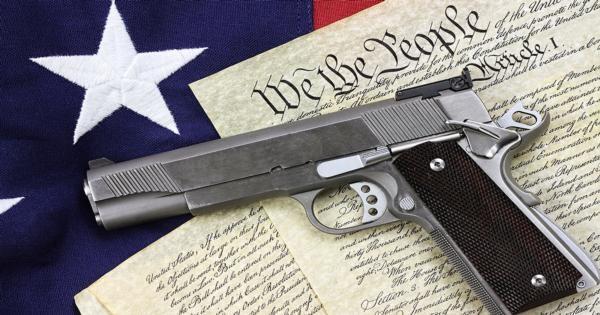 Amid continued gun violence across the United States and Congress' inability to overcome the partisan impasse on the issue, gun legislation is front and center in public and political discourse. And Monday's shooting at a courthouse in Berrien County has put a new state in the spotlight.

What are Michigan's gun laws? The state's regulations vary, depending on what type of firearm is being purchased and the type of dealer. For starters, U.S. Gun Classes, a site dedicated to educating and training gun purchasers, explained that a Michigan resident of at least 18 years of age can purchase a rifle or shotgun (also known as a long gun) from a private seller without a background check, license, or permit. Rules are more stringent for handguns, whether from a private or federally-licensed dealer. All Michigan residents who own a handgun must report their possession to their local police department.

If purchasing from a private dealer, handgun buyers must have either a Concealed Pistol License (CPL) from the state, or they must obtain a purchasing permit (both the license and the permit require a background check). If going through a federally-licensed dealer, a buyer doesn't need to have either a permit or a license, but will be subjected to a background check. One must be 21 years old or older to obtain a CPL, but permit purchasers or those going through a federally-licensed dealer only need to be 18.

Individuals who fall into certain categories cannot lawfully purchase guns in Michigan. As Smart Gun Laws reported, a person convicted of a felony may be eligible for gun ownership after serving his or her sentence and fulfilling the terms of parole. Certain types of court orders can disqualify an individual from eligibility. A person wishing to purchase a firearm must not be part of involuntary mental health treatment, and must not have been deemed legally insane or incapacitated.

An important area of gun legislation in Michigan concerns the carrying of firearms. Such laws became the subject of controversy in March of 2015, when a father filed a lawsuit against a school district for not allowing him to open carry in a school, on the same day police were called on a man who was open-carrying in another school in the state. Michigan-based M Live reported that open carry is technically legal within the state's schools. However, citing a lack of specificity in the law, an Ann Arbor judge ruled that schools could determine whether or not to allow open carry.

While the laws might be vague regarding open carry, there is more specificity concerning concealed carry. The Michigan Legislature outlines seven "gun-free zones" in which closed carry is not permitted, even if one has a CPL:

In 2016, a group of Republican lawmakers in the state moved to expand the pool of people able to carry concealed weapons by eliminating the requirement that they obtain a CPL first. If passed, Michigan would be one of only seven states that allows this.

Michigan, like many states, doesn't answer the call for universal background checks from gun control advocates and the general public. Its concealed carry and open carry laws are in line with most states, making it a middle-of-the-road state in terms of gun legislation.