Pistol Calibers – Comparison of the Most Common Options 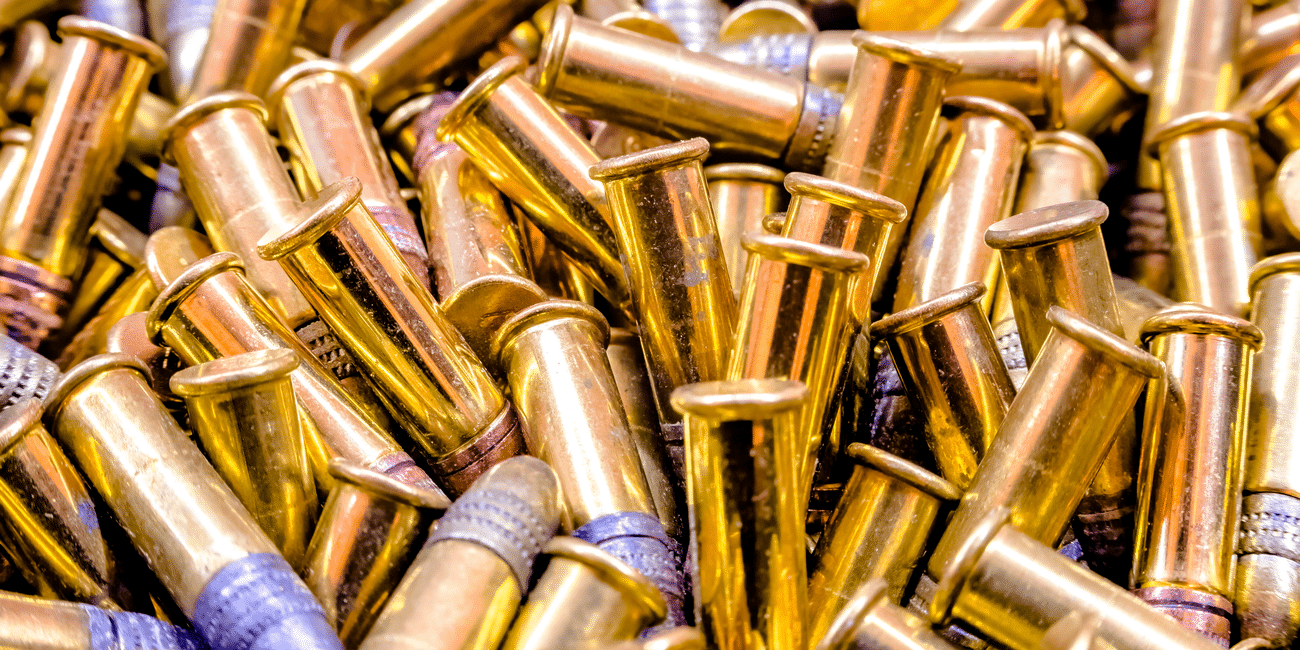 What Does Caliber Mean? 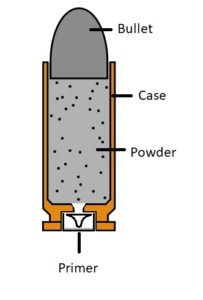 Caliber refers to the internal diameter of a gun's barrel and consequently the diameter of the bullets that can be used by the gun. Bullet calibers can be a bit confusing, because some bullet diameters are measured in inches, while others are measured in millimeters. It's also important to understand that the bullet only refers to the actual projectile (see diagram to right).

If you look at the picture below, a .22 LR (.22 Long Rifle) is .223 inches in diameter, while the 9mm Luger round is 9 millimeters in diameter. If you knew nothing about guns or ammo, you might have assumed ammo referred to as "22 LR" would be bigger than one called "9 millimeter", but you can clearly see in the picture (from grandpappy.org) this is not the case. This is due to the difference in their units of measurement. 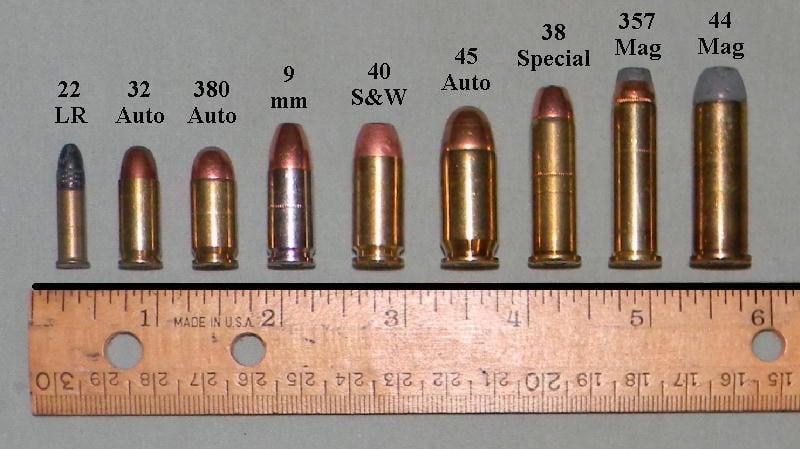 Important Note for Beginners: Always read the owner's manual for all firearms you own, and only use the recommend ammunition. Just because a cartridge fits into your magazine, does not mean it can or should be shot buy your firearm.

Why it's Important to Put Thought Into Your Handgun Caliber

The handgun caliber you choose will typically impact:

The best pistol caliber has been endlessly debated on online firearms forums and at gun ranges alike. The truth is, there's really no one-size-fits-all answer. The best handgun caliber for you may be different from what's best for me.

With that said, the following should give you a general idea as to what's best for you.

Click here to continue reading... with thanks to our friends at GunPros