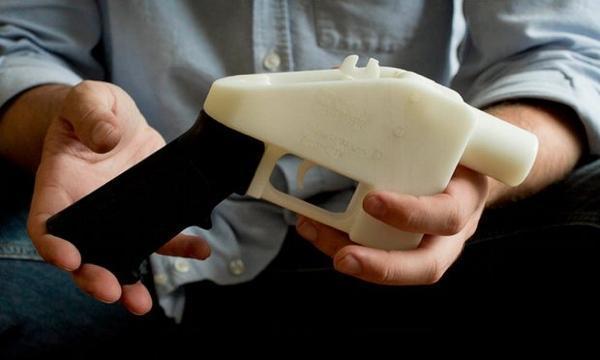 With Cody Wilson, the founder of Defense Distributed, a company that sells both software and hardware allowing individuals to make firearms at home, is getting more attention thanks to his pending lawsuit against the government. In light of this, Thor Benson with the liberal anti-gun Daily Beast, decided to interview Wilson. Following that interview, Benson predicted a “terrifying future” where government gun controllers wouldn’t be able to keep up with Wilson’s expanding technology.

Benson wrote that legislators can pass laws requiring background checks and putting undesirables onto “no fly, no buy” lists all day long. But they will have precious little impact when people have the freedom to purchase the increasingly sophisticated hardware and software to make their own weapons at home.

Benson was dismayed with the concept of “ghost guns” becoming a reality “because they’re essentially untraceable.” He became even more upset when he learned that Wilson thinks that’s a good thing, and that his company’s mission is to allow citizens to operate freely around gun-control laws. He quoted Wilson: "I have nothing but contempt for people who would support [the] secret list culture and the Stasi environment that that creates.... [Pass] all the background check [laws] you want. My company is built around evading that entire program."

Oh, the horror! Benson saw the future and he didn’t like it: "Thousands of amateur gun manufacturers could be operating independently around the country without anyone knowing. As these untraceable guns spread throughout the country, the identities of their creators get completely lost."

Even worse, Benson wrote, was how increasingly difficult it would be for anti-gun politicians to keep track of all those individuals exercising their newly-expanded freedoms: "It remains unclear how politicians will get around the issue of people making their own guns at home. Someone with a 3-D printer or a milling machine [which Wilson’s company also sells] can make a gun at home without being connected to a [government] network that might detect what they are doing."

Adam Winkler, author of Gunfight: The Battle Over the Right to Bear Arms in America and professor of constitutional law at UCLA, agrees with Benson but without the histrionics: "[3-D printing of guns] certainly adds a layer of complexity to gun control that we haven’t seen before, and it’s likely to undermine many of our current gun laws."

Winkler also agreed with Benson’s fear that politicians could pass laws but without any means to enforce them: "You could prohibit the manufacture of these firearms ... [but] the technology will still exist, and as long as [that] technology exists, any legislation becomes difficult to [enforce]."

It’s not that they will give up trying. In December 2013, the Philadelphia city council passed an ordinance redefining firearms to include “any device, made or adapted to expel a projectile through a barrel” and then banning any citizen from making one: “No person shall use a three-dimensional printer to create any firearm, or any piece or part thereof, unless such person possesses a license to manufacture firearms under Federal law.”

Various penalties were applied, but without one word about how it would be enforced.

Again, just how would the state enforce the newly expanded law? As Wilson told Adam Popescu, writing for the liberal British tabloid The Guardian: “We’ve [already] shipped almost 2,000 machines at this point. We’re responsible for at least 5,000 to 10,000 new [ghost] ARs ... at least.”

Wilson’s profile could take a quantum jump if he wins his First and Second Amendment lawsuit against the government: "I have developers for anything and everything, some of the best talent in the world. I know some of the world’s best hackers. It’s all ready to go. I have interested stakeholders, a large network that care about what I do.... I’m not the NRA. I’m the internet."

Wilson’s profile could also take a quantum jump depending on the outcome of the presidential election: “If Hillary Clinton is elected president, I become a much more important person in the gun world. It’s conceivable, especially under four or eight years of Hillary, that I become the biggest way [for] people to make ARs.”

Anti-gun legislators such as Representative Steve Israel (D-N.Y.) have been trying to rein in the proliferation of guns for years. He sports a zero-percent rating from both the NRA and the Gun Owners of America while enjoying a 100-percent rating from both the Brady Campaign and the Coalition to Stop Gun Violence. He co-sponsored legislation to extend the Undetectable Firearms Act of 1988 for another 10 years in December 2013.

What is Israel, and others like him in Congress, going to do about enforcement of these laws? How about technology that will soon allow 3D printers to replicate themselves? Or allow 3D printing of the essential components of rifle and pistol ammunition? If the essence of freedom is the limitation of government, then Wilson, the Internet, and 3D printers and their related hardware and software will continue to expand individual freedom and leave Israel and others like him trying desperately to catch up.