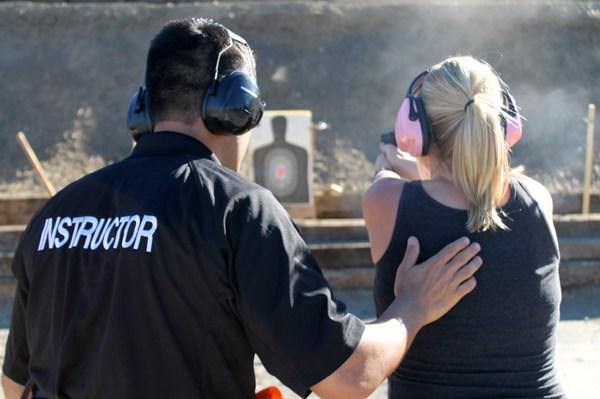 If you’re one of the millions of people who recently purchased a firearm for the first time, congratulations and welcome to the ranks of American gun owners. Like the majority of modern gun owners, you probably bought a gun because you were concerned about self-defense or want to enjoy the shooting sports in some way.

Buying a firearm for self-protection is one of the most adult things you can do, because it means you’ve realized that law enforcement personnel are not “first responders,” they’re actually second responders. The first responder to a crime scene is, and always will be, the victim of the crime itself.

If you are the victim of a violent crime, you will not receive a flash of inspiration from on high about the best way to use your gun to prevent injury or death. In order to save your life and possibly the lives of others around you, you’ll have to rely on your instincts and the training you’ve already received.

Think back to when you learned to drive a car: I grew up in Alberta, Canada, and I learned to drive a car during some rather horrible weather conditions. Black ice, zero-visibility snowstorms, howling winds ... you name it, I had to deal with it during my first year of driving. Every minute we spend behind the wheel is somehow different, and every minute we are learning how to respond to the rapidly-changing world around us. This process of learning makes us safer, more-experienced drivers, and the more experience we have safely shooting our guns makes safer, more experienced gun owners.

At least that’s the theory.

We didn’t learn to drive a car all by ourselves. Someone had to show us the proper way to drive. So why, then, do we buy a gun and never learn how to use it? Most gun new owners will go to a range, set up their target and dump 50 or 100 rounds into it without a thought as to why all those rounds are spread out over the target rather than clumped together in a nice, tight group.

Shooting stuff is fun, but getting better at shooting requires effort. That sort of thing is not fun, but it is rewarding. When we take a firearms training class, we are cashing in a small portion of the fun we have blasting away at a target, and in return we receive a better chance to stay safe with a gun in our hands.

That’s a trade I’m willing to make, as are thousands of others across this country, year in, year out. I chose to get professional training because learning from an expert improves my ability to shoot. It’s like learning to drive: Yes, you can learn learn the basics from a family member who has a lot of experience behind the wheel, but it’s better to learn from someone who knows not only what to do, but how to teach it as well.

This is why I recommend professional firearms training, rather than learning from a friend or neighbor who is an experienced gun owner. If you’ve never taken a defensive firearms class before, I recommend an NRA Basic Pistol Class as the place to start your defensive pistol training journey. No, you won’t learn the super-secret shooting skills of the Navy SEALs, but what you will learn is how to safely operate your pistol, along with the fundamentals of marksmanship. While that kind of training seems basic (and it is), the fact is, just learning the basics of safely loading and operating your pistol so it becomes second nature takes up the better part of a day’s instruction for a brand-new gun owner. While the NRA does offer an online-only version of this class, I heartily recommend taking any firearms training in-person and on a range with real ammunition (rather than lasers or whatever). Shooting a gun is a contact sport: You need to perform a physical action with your hands, brain, and eyes, and that’s not something you can learn while staring at a computer screen. You need to put your knowledge into action, and that’s what in-person training provides.

Recently, it’s become more popular for some of the more tactically-oriented firearms trainers to dismiss the value of an NRA course, as some instructors prefer to launch straight into more advanced gun-handling techniques instead of safety and basic knowledge. While it’s true that you may learn more about defensive tactics in such classes, you’ll miss out on the core elements of gun safety and gun handling that keep you safe. An NRA Basic Pistol Class will give you the solid foundation of safety and marksmanship that will never go out of style. This is vitally important, because if you can’t handle a gun safely when there’s no threat present, you definitely won’t be able to safely handle it if your life is on the line.

When you do find a class, you probably won’t need to bring much gear with you. Your defensive pistol (unloaded), 100 rounds of ammo (leave that in your car until it’s needed, as the NRA does not allow ammo in the classroom), eye and ear protection (I like electronic ear muffs because they protect your hearing yet allow you to hear range commands), water, pens, and a notebook are what you’re most likely to need, along with bug spray, sun screen and clothing appropriate to the weather if you’re taking an outdoor class.

If you’re already familiar with how your gun works, take a few moments and safely practice things like inserting ammunition into the magazine and inserting the unloaded magazine into your gun. Remember to keep live ammunition away from your gun until it’s needed and and perform these two actions separately. If you’re not really sure how your gun operates, that’s okay, you’ll be learning how to run your gun as part of your class. If this is your first class, staying safe and learning the basics of marksmanship are your goals, not becoming a member of SEAL Team Six in eight hours or less.

The most important thing you can to bring to a class isn’t a piece of gear, however — it’s a mindset that is open to instruction. If you’re new to guns, you’re going to be hearing a lot of new, often-confusing terms and learning a lot of often-complicated techniques. Relax and understand that practically no one learns everything there is know about guns on their first day in class. It’s the journey that’s important here, not the destination.

Hoppe's No. 9 gun bore solvent is still the most widely used remover of powder, lead, metal fouling and rust. A favorite worldwide since 1903, every gun owner should have a bottle on hand!