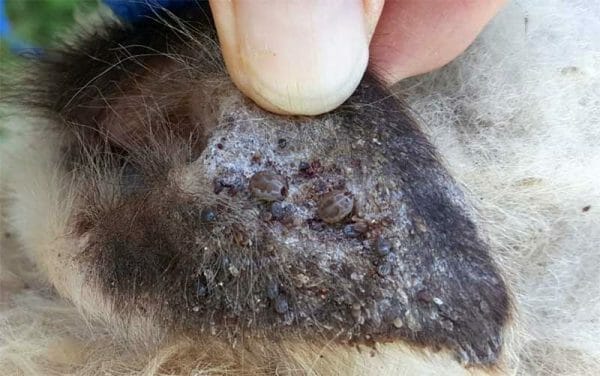 The identification was confirmed by the U.S. Department of Agriculture’s National Veterinary Services Laboratory (NVSL).

A single longhorned tick (Haemaphysalis longicornis) was identified on an adult, male wild white-tailed deer that was euthanized on July 10, 2018, by Game Commission personnel because it was exhibiting signs consistent with chronic wasting disease (CWD), according to Dr. Justin Brown, agency wildlife veterinarian. The deer was diagnosed with severe pneumonia and no CWD prions were detected.

Ticks were collected from the deer at the laboratory as part of the Game Commission’s active longhorn tick surveillance program. The suspected longhorn tick was sent to and first identified by the Southeastern Cooperative Wildlife Disease Study in Athens, Ga., and subsequently confirmed at the NVSL.

The longhorned tick, also known as the “cattle tick” or “bush tick”, is an invasive parasite native to Southeast Asia. It currently is not known when, where or how this tick was introduced into North America. However, it was first found and identified on a sheep in New Jersey during 2017. Since then, it has been identified in wild and domestic animals in other states, including Virginia, West Virginia, New York, Arkansas and North Carolina.

The longhorned tick, during its three life stages can be found on birds, wild and domestic mammals and humans. To date, the tick has been identified on goats, raccoons, horses, cattle, sheep, humans, an opossum, deer and dogs.

The longhorned tick can negatively impact the health of humans and animals both directly and indirectly. Longhorned tick infestations can reach very high numbers on an animal host, which can result