Show your support by picking up a SweetWater Protect Natural Habitats variety pack, from now through August of 2018. 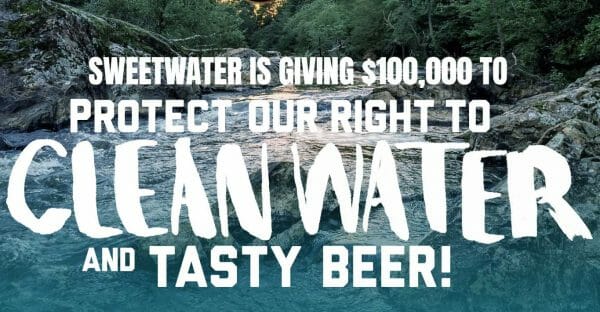 MEMPHIS, Tennessee –-(Ammoland.com)- For the third consecutive year, Ducks Unlimited is a proud partner and beneficiary of SweetWater Brewing Company’s Save Our Water program – an annual advocacy, awareness and fundraising campaign that includes a $100,000 donation from the brewery divided equally among five partner organizations, including DU.

Atlanta, Georgia, based SweetWater Brewing Company founded their Save Our Water program in 2006 with Atlanta’s Chattahoochee Riverkeeper and has grown to include other partners as the brewery’s distribution covers 22 states. In 2016, SweetWater broadened the annual Save Our Water campaign to include five non-profit partners, including Ducks Unlimited, whose missions include conserving and protecting natural habitats as well as clean water initiatives.

Each year, in addition to their $100,000 donation, SweetWater asks fans to join in the effort with their own donations to partner organizations, resulting in a cumulative total of over $1 million for clean water initiatives around the nation.

“SweetWater’s contributions from this campaign allow Ducks Unlimited to raise unrestricted revenue, which is critical for our mission,” said Jim Alexander, DU senior director of corporate relations. “Having the flexibility to put this money to work in our highest priority landscapes is important to effectively delivering on-the-ground conservation. Clean water is essential for waterfowl, wetlands and wildlife. It’s also essential for