Civilian Gunfighter Critics and the Growth of the Art 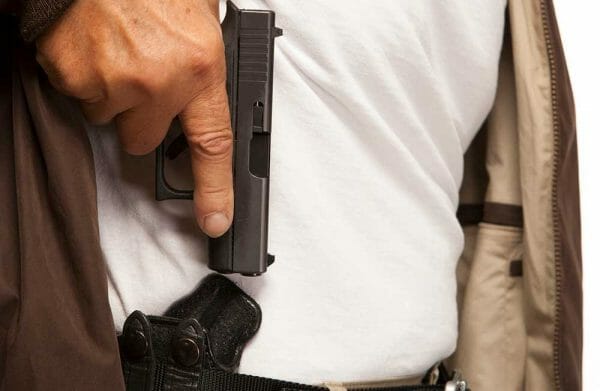 Civilian Gunfighter Critics and the Growth of the Art

In a recent bolg-post (the Blog is called “Civilian Gunfighter”), the author, never identified, is mildly critical of comments made by me in one of my books, “The Farnam Method of Defensive Handgunning.”

While “skimming through it,” he noticed that I suggested to those of us who carry concealed regularly that we learn to re-holster pistols quickly, smoothly, and without having to actually look at the holster in the process.

The Blog’s author says he is “committed to ‘looking the pistol into the holster,’” because, “… if it's not safe to look away from a potential threat, then why are you holstering your gun?”

I decided to respond to this criticism via this Quip since several of my students reported seeing the Blog:

It strikes me that the primary function of your eyes is to locate and identify threats. Breaking visual contact with threats, or threatening circumstances, may not be such a good idea, particularly when it is usually unnecessary.

Re-holstering without actually looking at the holster is not possible with certain concealed-carry options, but when it is, my unapologetic recommendation is to keep your head up, and your eyes actively engaged, although I surely will not begrudge a brief glance.

The Blog’s author says he has never been one of my students but adds that he would like to be one someday, “… before he (Farnam) retires.”

Well Sir, don’t sweat it! You have plenty of time! I won’t be retiring any time soon.

And, my advice to you is to keep being constructively critical, of all of us, maybe even revealing your name at some point!