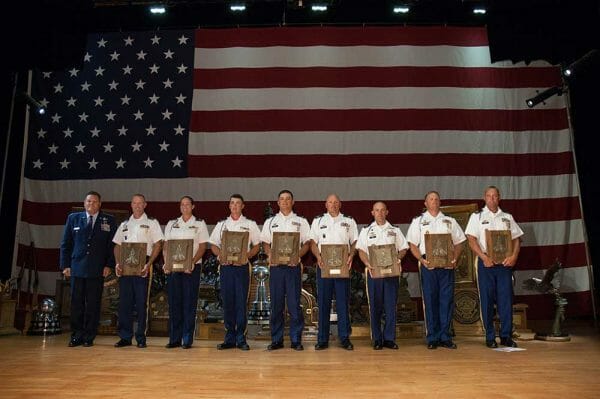 The USAMU set a new National Record in the National Trophy Team event, breaking the previous record which had stood since 2006.

CAMP PERRY, Ohio –-(Ammoland.com)- Firing a new record score, the U.S. Army Marksmanship Unit (USAMU) Craig racked up a total of 2968-141x in the National Trophy Team (NTT) event in August – stripping the previous record that had stood for over a decade. The match was fired during the 2018 National Trophy Rifle Matches, held on the ranges of Camp Perry.

Members of the talented USAMU team consisted of some 2018 National Matches stars, including SFC Brandon Green, who was the winner of the President’s 100 and National Trophy Individual (NTI) matches and was the overall rifle aggregate competitor, SSG David Bahten, who earned second in the NTI as well as the Army Infantry Trophy in the match, and SSG Amanda Elsenboss, who earned High Woman honors in a number of events and took home the overall High Woman title for the Matches.

Also helping USAMU Craig was SFC Shane Barnhart, who teamed up with Green to overtake the Hearst Doubles and was the highest scoring individual of the pair event, SGT Ben Cleland, who cleaned the Oliver Hazard Perry Match with a perfect score of 300 for the win, and SFC William Pace, who joined up with Cleland to earn second in the Hearst Doubles behind Green and Barnhart.

The record-setting team was coached by SFC Walter Craig, who said its members have really become cohesive over the season, directing themselves on details as simple as putting all of the guns on the same cleaning cycle, which has made a difference in their training strategy.

“This year, our team has