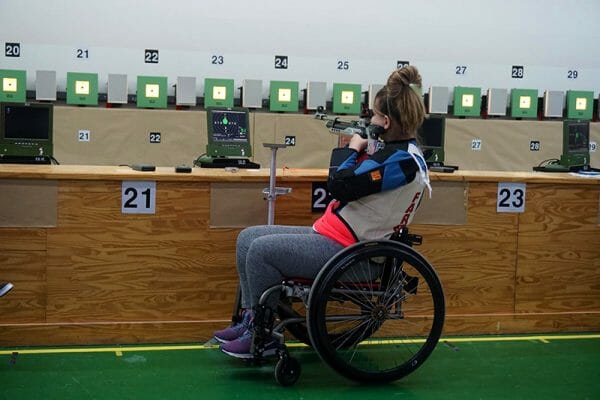 USA – -(AmmoLand.com)- This past May, 225 shooters from 46 different countries gathered in Cheongju, South Korea, to compete in the World Shooting Para Sport (WSPS) Championship. Among them were 10 athletes from the United States, thanks in part to a $30,600 grant awarded to the U.S. Paralympic shooting team by The NRA Foundation.

“With the grant we received, we [were] able to fund these athletes’ travel to the World Championships,” said National Paralympic Coach Chuck Platt. “We are so thankful for this support, but we are always in need of additional funding to better train and prepare for competition as well as to fund future competitions.” At the WSPS athletes competed not only for medals, but also for quotas to earn spots at the 2019 Parapan American Games in Lima, Peru, and at the 2020 Paralympic games in Tokyo, Japan. A quota functions as an entrance pass; it is the only way for a shooter to participate in these events.

Para shooting sports—for athletes who have physical impairments—include 12 types of events for both men and women using rifles and pistols at ranges from 10, 25, and 50 meters, such as Men’s 10m Pistol and Mixed 50m Rifle Prone.