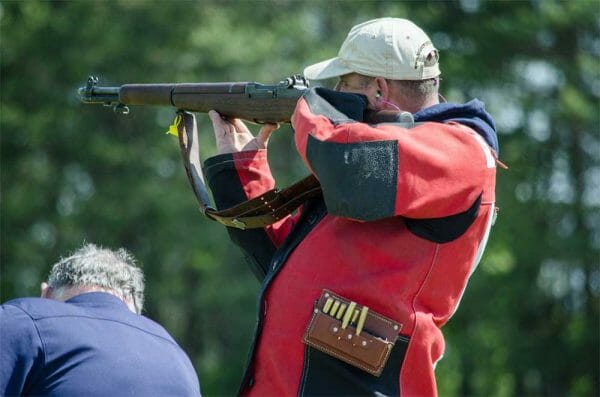 CAMP BUTNER, N.C. –-(Ammoland.com)- During the hot and windy week of April 27 through May 5, competitors took the firing line at the Camp Butner Training Facility in North Carolina for the Civilian Marksmanship Program’s (CMP) Eastern Travel Games. The event hosts a variety of rifle and pistol marksmanship competitions for competitors of all experience levels.

New this year, the CMP presented its prestigious Cup Matches, which tested the skills of some of the most talented athletes in the country. All rifle matches were fired upon CMP’s traveling electronic targets, which allowed for quicker completion times for the across-the-course matches, like the 80 Shot Aggregate and EIC Service Rifle matches, that see shot strings at the 200, 300 and 600 yard lines.

“I shot pretty well. It was a struggle, definitely, at some points, but I just tried to maintain throughout,” he said.

SGT Cleland went on to say that the strong winds over the course of the three days presented huge challenges during the matches, but after making adjustments and sticking to them, he had his shots under control to carry him towards his win.

“It’s a long aggregate, so whoever can tread water the longest, wins,” he joked.

Teammate SSG Amanda Elsenboss, 29, of the USAMU, was the overall winner in the EIC Service Rifle Match, with a score