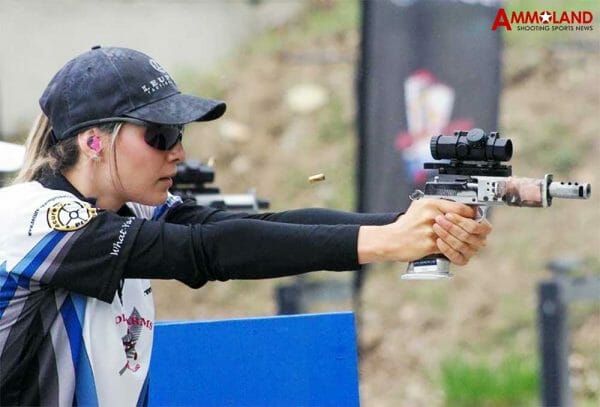 OVERLAND PARK, Kansas – -(Ammoland.com)-Bushnell, an industry leader in high-performance optics, announces the signing of Tiffany Piper to Bushnell’s Ambassador/Shooting Team. She will represent Bushnell at Action Pistol, IPSC, Steel Challenge and 3-Gun competitions, as well as assist with the development of new products.

“We’re extremely excited to have Tiffany on the Bushnell shooting team,” said Matt Rice, Brand Manager for Bushnell. “She is one of the up and coming stars in action shooting, and is a great example to all of the young shooters out there. The fact that she choose to use Bushnell speaks to the quality and performance of our products.”

Piper got her start competing with air pistol as a 10-year-old. She entered her first Bianchi Cup when she was just 13 and has consistently placed among the best in the world, earning a NRA Gold Action Pistol Distinguished badge.

“I’m excited to partner with Bushnell,” said Piper. “In competitive shooting, absolute performance from your optics is essential. Bushnell Optics give me a perfect sight picture and allow me to compete to my utmost potential.”

For more information on Piper, check out her Facebook fan page at https://www.facebook.com/TiffanyPiperOfficial/

Bushnell, a Vista Outdoor brand, is one of the most recognizable and trusted names in precision hunting, tactical