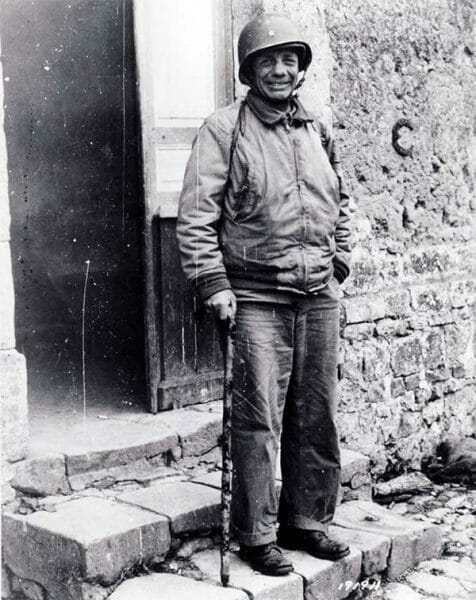 Ft Collins, CO –-(Ammoland.com)- “You can’t ‘manage’ men into battle. You have to lead them!” ~ Rear Admiral Grace M Hopper,

Theodore Roosevelt Jr’s cousin was Franklin D Roosevelt, who became president, and was Commander-in-Chief when Theodore Jr, then a brigadier general, was the only flag-grade officer to land at Normandy during D-Day as part of the First Wave, and at age fifty-six, the oldest person to participate in the Invasion. He was the second American to step off the boat and into the water at Utah Beach (Captain Leonard T Schroeder Jr was the first).

Theodore Jr’s younger brother, Quentin, at the rank of 2nd Lt, was a pilot during WWI and was killed in action during that War. During that same War, Theodore Jr had been awarded the Distinguished Service Cross

Theodore Jr’s son, also named Quentin (the 2nd), and also an officer (captain), also landed at Normandy on the same day as his father, also in the First Wave! Theodore Jr and Quentin II were the only father/son team to land at Normandy.

Between wars, Theodore Jr was involved in politics, and held the post of Assistant Secretary of the Navy. It was during that time that the acrimonious (and more or less permanent) family schism between the “Oyster Bay” Roosevelts (Teddy’s side) and the “Hyde Park” Roosevelts (FDR’s side) took place, precipitated by foul political maneuverings on the part of FDR’s wife, Eleanor Roosevelt.

Theodore Jr had no kind words for FDR, nor Eleanor, thereafter, considering them unworthy of the Roosevelt family name.

Eleanor later apologized for her less-than-honorable political activity, describing it as “below my